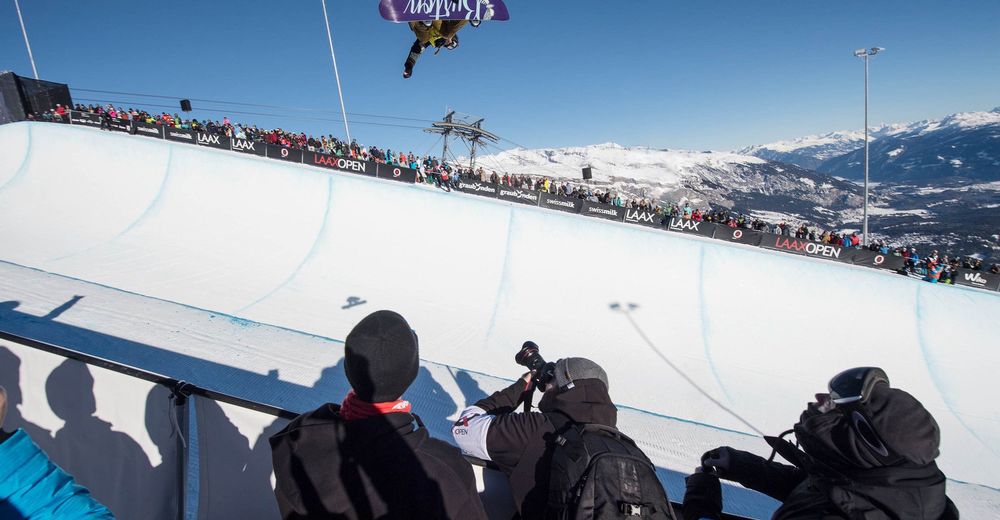 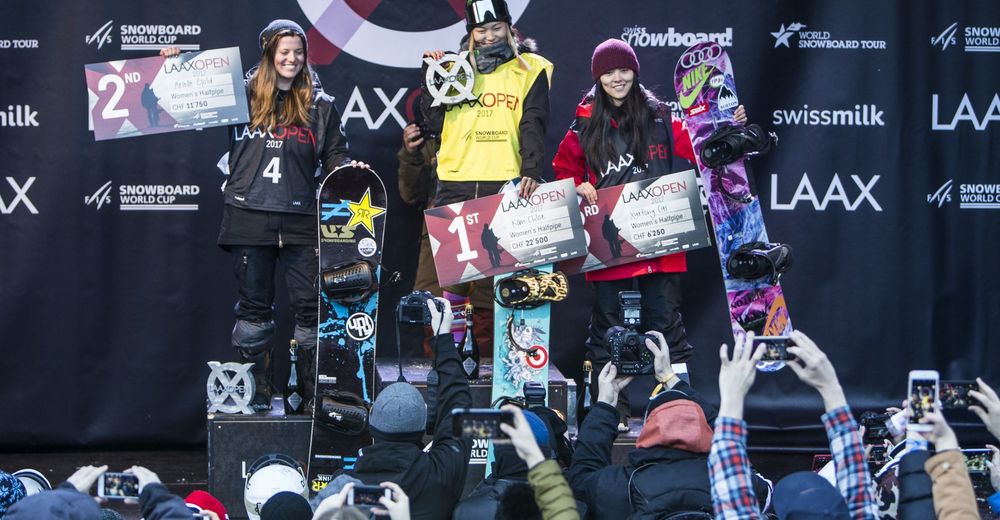 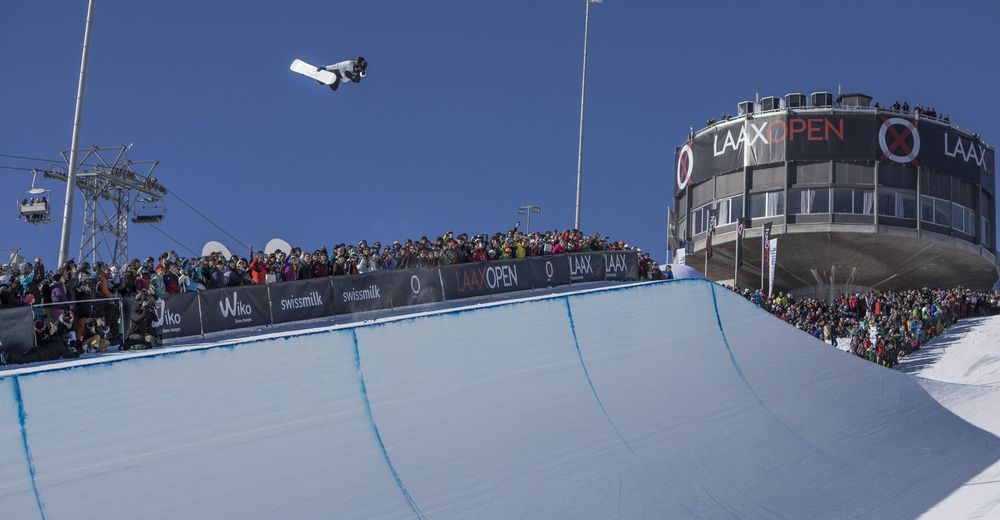 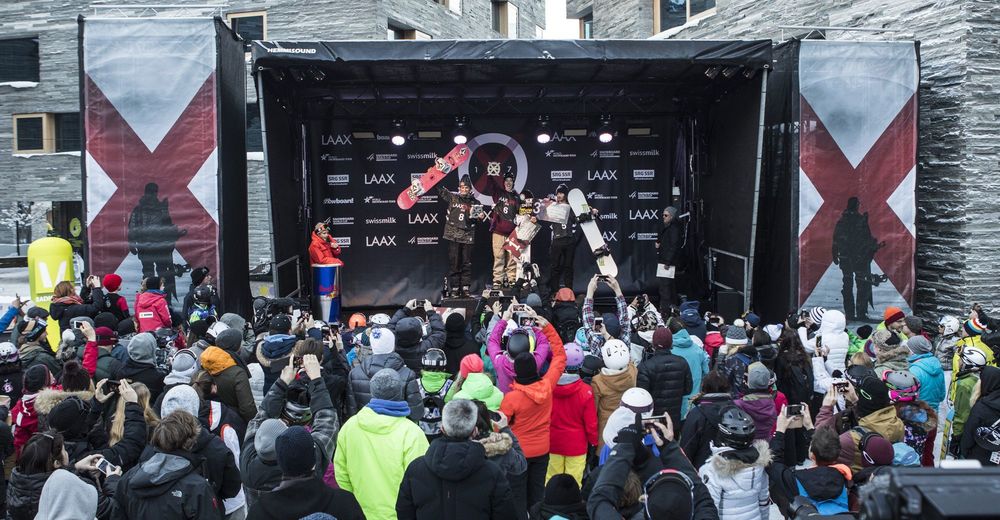 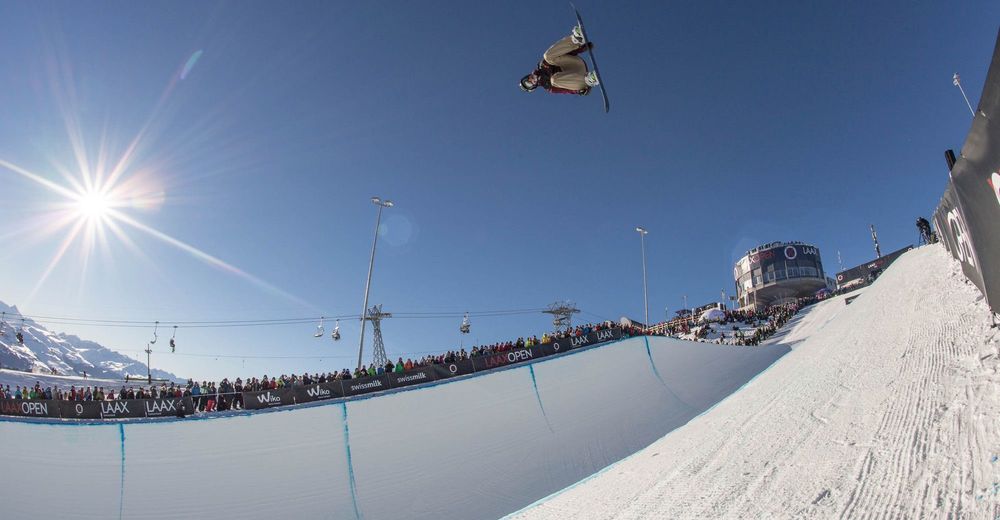 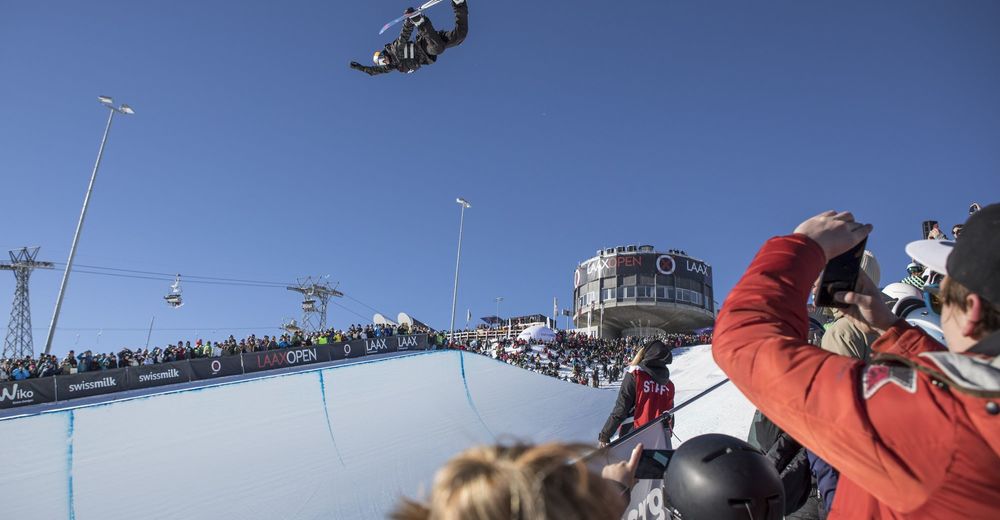 The LAAX OPEN 2017 ended with exciting Halfpipe finals today. The perfectly shaped LAAX Superpipe on Crap Sogn Gion was the center of attention, when 12 men and 6 women were trying to grab the Halfpipe crown. In breath-taking finals Chloe Kim (USA) and Chase Josey (USA) walked away as proud LAAX OPEN 2017 Halfpipe Champions.

Under blue skies spectators witnessed sick riding of all finalists in today’s event. For the ladies it was Chloe Kim (USA) who was unbeatable. Chloe managed to take the top spot with her best run (90.50 points), which started off with a Method, followed by a Frontside 1080 Tail, a Cab 540 Stale, a Switch Backside 540 Mute and finished with a Cab 720 Stalefish on her last hit. Arielle Gold (USA), defending LAAX OPEN Halfpipe Champion, came in 2nd with Chinese rider Cai Xuetong completing the podium as 3rd. Kelly Clark, dominating Halfpipe since many years with a record amount of titles - among them an Olympic Gold medal and multiple titles here in LAAX - came in 4th. Chloe had this to say about her victory: “I was definitely struggling a little bit during practice today, so I was a little bit nervous, but I am so happy that I put one run down in the contest. Today was so much fun, everything was perfect, the Halfpipe was perfect, the weather was great and I was just so stoked that all the girls were riding so well. It was just a good day.”

In the men’s comp it was US-American rider Chase Josey who impressed judges most today with an unbelievable run earning him 97,75 points. He started off with a Double Michalchuk, continuing with a Frontside Double Cork 1080 Stale, a Switch Double Crippler Indy, Switch Double Michalchuk Melon, ending with a Cab Double Cork 1080 Mute. Australian Scotty James took 2nd spot close behind Chase, with 2014 Olympic Gold Medalist Iouri Podladtchikov (SUI) coming in 3rd. Iouri managed to get on the podium with his 3rd and last run, pushing his fellow countryman Jan Scherrer from the podium in the last minute. Today’s winner Chase was excited: “It’s so insane, everyone was riding with such power and confidence. The weather was perfect, the pipe was perfect, so it really allowed everyone to give everything they had. That’s what I did, I went for it and I am so blessed to walk away with the win.”

The 30 years experience and competence of LAAX in organizing and hosting Freestyle Snowboarding events reflects in today’s results, as many of today’s finalists like Chloe Kim stood on the podium here in LAAX at the Burton European Open Junior Jam’s in the beginning of their careers. Today they are the world’s top riders!

Thank you to all riders, media and spectators for joining the LAAX OPEN 2017 and experiencing the LAAX lifestyle!