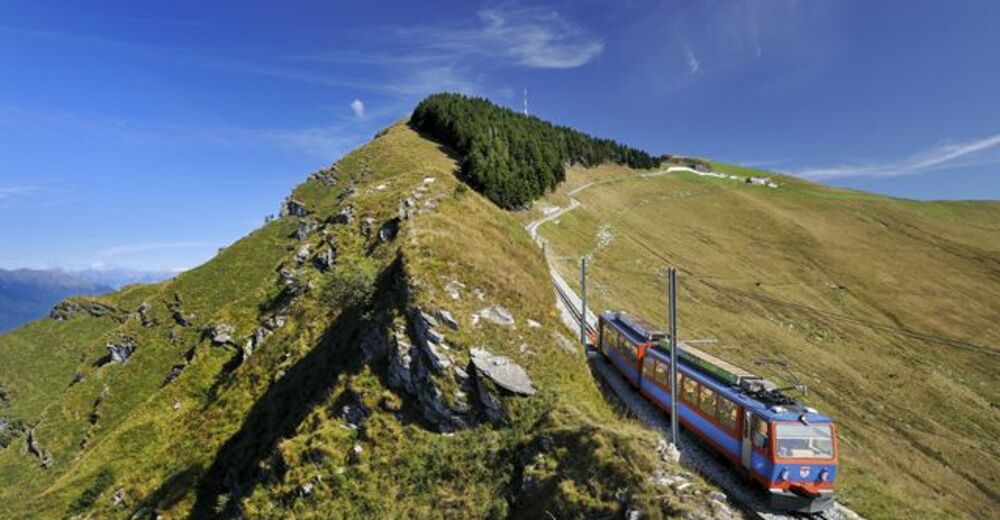 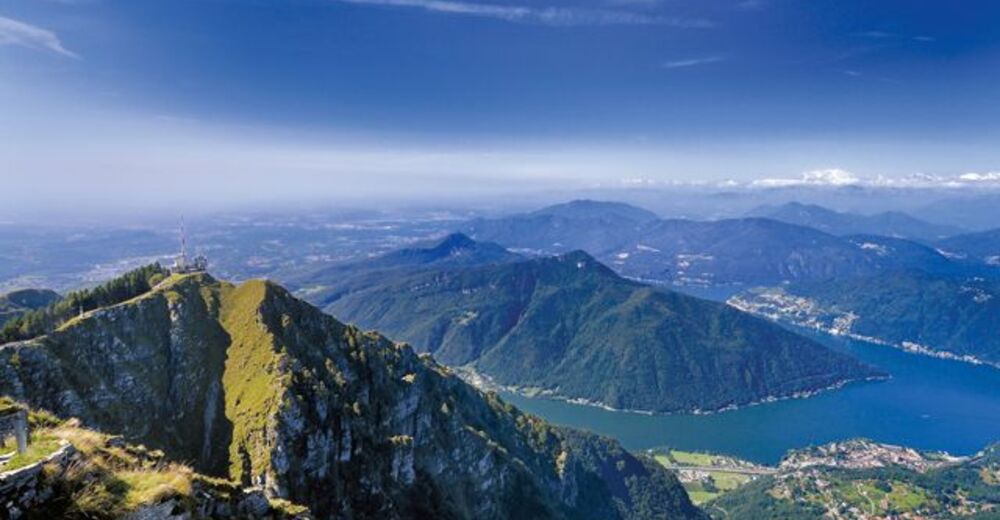 Monte Generoso is the mountain which offers the finest panorama over the whole of Canton Ticino.

It can be reached by a small cogwheel railway, which leaves from Capolago, 274 metres above sea level, and winds its way through an unspoilt natural setting to reach the top in 40 minutes.

Modern facilities at the top include a restaurant as well as individual or group accommodation.

The peak (1,704 metres above sea-level) can be reached on foot from the station at the top in about 10 minutes and offers magnificent views over the lake region, the Lombardy plain to the Apennines and the Alpine range from the Italian Alps to the Matterhorn and the Monte Rosa group.

The variety of naturalistic species is remarkable. Many rare species of animal and plant life that can no longer be found elsewhere have been present on Generoso since the last Ice Age.

Leisure options abound: from pleasant, easy strolls to challenges for experienced climbers, from mountain-bike trails to paragliding and from bird watching to potholing.

Moreover there are two educational paths.
The first is the “Nature Path”, which joins the facilities at the station terminal of the Vetta (1,620 metres above sea-level) with the intermediate station of the Bellavista (1,220 metres above sea-level); along this easy walk 12 information plates explain clearly and simply the marine origins of Monte Generoso, the geological vicissitudes undergone, the influence of the ice ages and the naturalistic idiosyncrasies of the surroundings.

The second is the “Path of the Planets”, which leaves from the east veranda of the Vetta Restaurant, where the Planetary System has been reconstructed in a 600-metre line on a scale of 1:10 billion; along this route 10 information plates in four languages give the tourist interesting explanations of an astronomic nature.

Not to be forgotten is the public astronomic Observatory, inaugurated in 1996, which has a telescope of 61 cm in diameter; evenings when the firmament can be observed are organised here regularly.

The two routes, which stand out along the east wall of Monte Generoso, are of great interest as the ice pits (nevère) can be seen here. These are wells dug out several metres in the rock which were used in the past as ice houses to keep milk and butter cool.
Although no longer in use the ice pits, which have been well preserved, enable the visitor to see their typical structure; they are covered by a slightly sloping roof, usually made with slabs of schist, are round in shape and have a steep inside staircase.
The way they worked was simple; during the winter a great deal of snow and ice was thrown in through the door. A thick layer of straw or twigs acted as insulation of the ice pit against the heat.
In fact, thanks to the round structure, which reflects the sun’s rays, even during the hot months when the outside temperature reaches 20°C, there are a constant 8 – 10° inside.