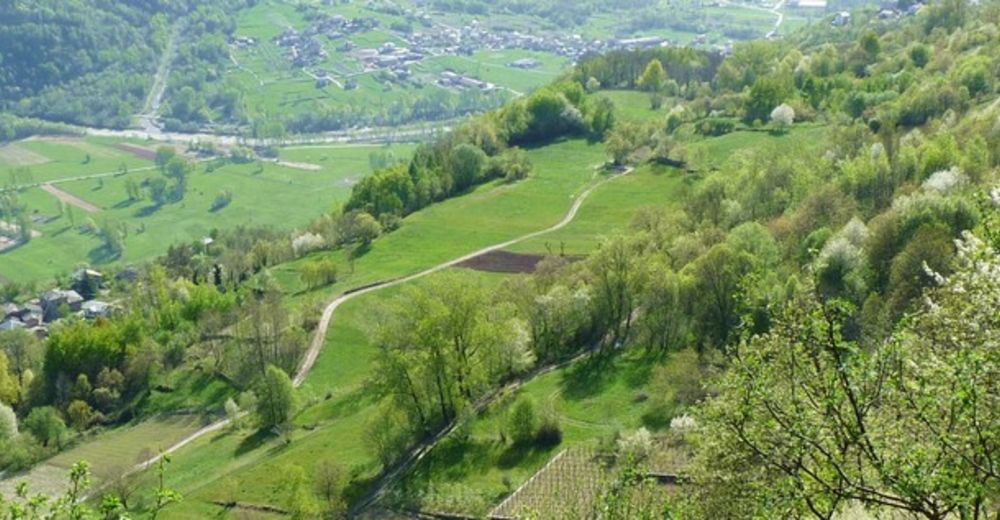 Teglio is situated on the Rhaetian mountain slope towards South and the Bergamasque Alps. The ancient village of Teglio enjoys a privileged position: it is kissed by the sun and for this reason is the best place for growing grapevine, rye and buckwheat, the main ingredient for the most famous dish of the local tradition: the Pizzoccheri, whose original receipt is protected by the Academy of the Pizzocchero.

The village has been inhabited since the ancient times and has always played a strategic role. The signs of the different dominations that followed one another are still visible: the Romans, the Longobards and the Grisons up to Napoleon’s Cisalpine Republic.

Teglio is considered as one of the most beautiful burgs in Italy offering a rich artistic and cultural heritage together with the tasty typical dishes of the local tradition. The Palazzo Besta, an old Renaissance villa of the Sixteenth Century with the adjoined Antiquarium Tellinum – the tower of “De li Beli Miri” - the parish church of S. Eufemia (XV c.) - the oratory of the Bianchi with the facade fresco titled “la Danza Macabra” (“The Macabre Dance”(XV sec.) - and the little Romanesque church of S. Pietro.

Teglio is a certified "Città Slow" (“Slow Town”): because of high-quality reception, the safeguard of the historical, artistic and natural heritage and the good eating it is part of the international network of the cities of good living.